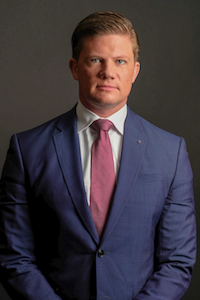 Attorney Benjamin P. Urbelis has been zealously representing clients throughout the state and federal courts of Massachusetts for the last 15 years. He has represented several high- profile clients in state and federal courts charged with everything from minor misdemeanors to first degree murder. His Boston firm practices exclusively in the area of criminal defense, which includes representation of his clients through the collateral matters associated with criminal charges and/ or convictions. Attorney Urbelis has earned multiple trial advocacy honors, including National Trial Lawyers’ “Top 100 Trial Lawyers," National Association of Distinguished Counsel’s “Top One Percent,” and American Academy of Trial Attorneys' "Premier 100" as over 80% of his trials have resulted in "Not Guilty" verdicts. Attorney Urbelis has also been recognized by Super Lawyers Magazine as a "Rising Star" and among the top criminal defense attorneys in Massachusetts for the past four straight years. Attorney Urbelis is a frequent guest speaker at schools and continuing legal education seminars, and has contributed articles to legal publications on various topics of criminal law. He’s served as the mock trial attorney- coach at two different high schools, including his alma mater of Central Catholic High School, where he also serves on the school's Alumni Board of Advisors. 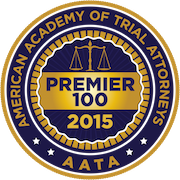 Attorney Urbelis is certified to accept appointments for cases in both the district and superior courts of Massachusetts, and does so on a select basis in cases with far- reaching implications for justice. For the past several years, Attorney Urbelis has served as an instructor at the Committee for Public Counsel Services' training to certify private attorneys to accept court appointed cases. He enjoys his ongoing mentor-ship for many of these attorneys as they grow their own private criminal defense practices.

Attorney Urbelis is long- time resident of Boston with deep roots in the local community. In addition to his service in the legal field and having a primary office in downtown Boston, he has held restaurant- ownership in the city, is a Boston Celtics season- ticket holder, and frequent participant in many of the city's charitable events. 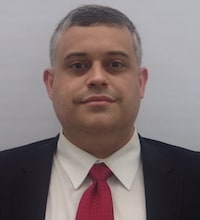 Attorney David E. Rivera has been practicing law for 9 years, spending the first several years of his career in Puerto Rico where he handled a broad range of legal matters. He moved to Massachusetts with his wife in 2018, and has been practicing as a criminal defense attorney here since that time. Attorney Rivera is a certified district court "bar advocate", by which he accepts court- appointed cases for indigent defendants who otherwise could not afford legal counsel. Attorney Rivera is a native Spanish- speaker.

Contact Us
Practice Areas
Client Reviews
★★★★★
"Ben Urbelis recently represented me in an OUI case in which I had crashed my car. I honestly did not believe I had any chance of beating it, but fortunately for me Ben was outstanding and all charges were dropped. In my first hearing he was calm, assertive and straight to the point. I was extremely impressed and satisfied. I left my hearing feeling confident that I had made the right choice of hiring him. I am positive I would have lost this case and walked away with an OUI if I hadn't. I am very happy with how he handled my case and how reassured I felt having him as my lawyer." MC
★★★★★
"Benjamin Urbelis, an attorney with Urbelis Law LLC, took our call late in the evening when we needed him. Benjamin explained the legal process in a manner that we could understand and provided the legal representation needed to clear up the issue immediately. His experience and credentials were evident in the way in which he handled all of the details of our case and achieved complete success. Thank you Benjamin for your professionalism and wise counsel." FB
★★★★★
"Huge thank you to not only my friend, but my lawyer,Ben Urbelis..I presented him with a case that at first was a bit tricky on paper... but we worked hard together and got all information we needed to prove i was innocent! He knew from the get go a year ago that he was gonna smash this case, and he did!! Cant thank you enough man! If anyone needs a lawyer, hes your guy... no question" PB
View More
Submit a Law Firm Client Review